The Power of Prayer

With so much love and thankfulness,
Katie Gregg 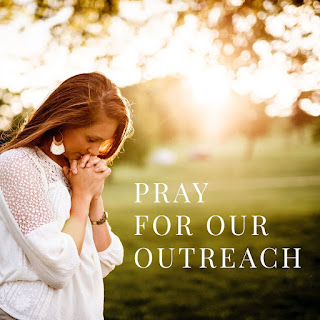 Posted by Bambi Flores at 6:41 AM No comments:

I was recently told I needed to share more success stories from the many things we have been able to see happen inside Velvet Hearts.  The changed lives. The ones who choose to leave. The true 180s!!!!!! What was actually said was:

“Tell me more than, ‘We take lip gloss into the dressing rooms.” Thank you, Matthew Kirby!  So, here is one of the testimonies from the mouth of Rochelle. We met her 3 years ago and she has been out for over two years.  She is successful in her sobriety, love Jesus and has started her own Facebook page called Broken Chains, anchors of Hope for those who have dealt with or are dealing with addiction and recovery.  Rochelle is a success story- she is the face of many others who want to remain anonymous still or those who are still in the process.  Rochelle is bold and fierce.  She is a warrior and I am beyond thankful for her salvation and redemption.

This girl is me, this woman, hated herself in more ways than one, this night I went to a concert, I was on alcohol, Xanax and hydro’s and zero cocaine, I started the night off with Rumple Minze, 100 proof liquor with water chaser. I literally took 14 shots of Rumple, and was blacked out drunk - out of my mind. My fellow bartenders put me in the green room and talked me into laying down as I could not walk anymore or even function. They put security on the other side of the door because I literally was free game if someone had decided to take advantage of me. I wouldn’t have been able to fight back or even get away if need be. I slept in my throw up for 5 hours, and came to life about 2 am.  I partied for a few more hours. It would be months later when I would realize I had truly lost myself. I needed to get help and get away from this life style. I was in self-destruct mode. I was so tired, irresponsible, and self-centered. I didn’t want to be a responsible mom and I was tired of doing everything alone. I wanted that night was cocaine and couldn’t get my hands on it so I did everything else. I was working 3 jobs and was utterly exhausted. It’s like something snapped and I went into a roller coaster of destructive behavior. I was most definitely blowing more than steam. I was one year out of an abusive relationship, but ironically even leaving my abuser didn’t make me happy. I only felt happy when I balanced with cocaine and hard liquor.  That made me feel alive and socially acceptable. A false sense of happiness.  BUT what it really was doing was taking me farther away from my kids, from my family and myself.  I was living with my own dirty secret that made me feel gross and fake around those who actually cared about me. I have so many pictures like these and pictures are worth a thousand words. You can see here how truly lost and how far from the person I was to who I am today. The girl in these pictures loathed herself, she was massively depressed, she was a train wreck hauling ass down a broken track at full steam. This girl actually wanted to die and even begged God a few times to allow it to happen.  She wore many masks. She had a terrible distrust and hated people.  She was cold hearted and distanced herself from anything that might, could or would hurt her. She was callous and full of hate. She trusted no one, not a soul. This girl was me.

I’m thankful that this girl has been put to rest, I’m thankful that regardless of how often I begged to die, that God didn’t allow it to happen, because He had other plans, I’m thankful that I got a third chance at life. And I’m glad that I met Bambi with Velvet Hearts. She found me in a dark club in the heart of the sex industry. Bambi was my light. Bambi is every bit of what being a light in Christ is supposed to be. To know Bambi is to know what real love, grace and mercy is. I thank her so much for praying and interceding for me in the midst of the ugliness. For basically holding my hand through recovery and being my cheerleader. Bambi made herself available to talk anytime of the day.  And oh how I hold those conversations in my heart. I thank her for guiding me out of the dark lost world and back to my original purpose in Jesus. Sometimes I wonder if this amazing woman of God had not listened faithfully to Jesus and stepped into her calling would I still be lost on the sex industry? Would I still be a raging alcoholic with a massive cocaine habit? Or worse would I be dead? I’m thankful for my recovery. I am thankful for Jesus.  I am thankful to be alive again. 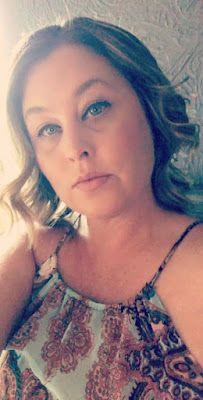 I've been taking time to reflect on all that God has done in Velvet Hearts since we began 3 years ago. Social media often only shows the shiny happy parts of who we are and all the wonderful parts of what we do. We post the wins, the happy things, the donor dollar attractors.

But the truth is, God has brought us through a lot the past three years.  There have been moments of complete hopelessness, heart ache, and frustration. There have been deaths, and people go missing.  There have been pimps, club owners, abusers and systems that seem to never untangle, systems that seem to never work in favor of a victim. So much that leaves me wanting to scream in frustration. There have been days no one showed up to a coffee meet up. Where almost every volunteer bailed on me. Where the funding wasn’t looking good. Where it seemed like I would never figure out how to do this thing I’m called to. Where I definitely said the wrong thing or did something stupid. I’ve forgotten important things. There have been nights I’ve cried and wondered what in the world I’m even doing with my life.

I share all this not be “woe is me” but to say, through it all, God has shown up. In the hardest darkest moments. In bad news and the good. I can’t believe all God has done, but also, I can’t believe how he’s never once left my side. And to also say, dreams and fruit don’t happen overnight. Countless seeds of encouragement and prayers have been planted all over Fort Worth. Dreams take

These first three years of Velvet Hearts have felt incredibly hard. And I probably quit at least once a month inside my brain for the first two years. But I’m really glad I didn’t. It had been the best experience of my life.

So, if you’re out there grinding on your dream, or overcoming obstacles, keep going! You can do it and you’re not alone!! It’s okay if it feels like disaster right now. It won’t feel that way forever.

It is truly a time to grow. We are not the new kids on the block anymore. We have worked out and trouble shot a million things. We have found our rhythm and settled into normal. We have cut ties to the big-name ministry we once thought we needed and are doing a new thing. I’ve been blessed by so many others with wisdom to ask questions and seek help from. I have those I can call for and ear when needed.  We will be creating our own training specific to us and  we are excited about the future.

Posted by Bambi Flores at 7:06 AM No comments: